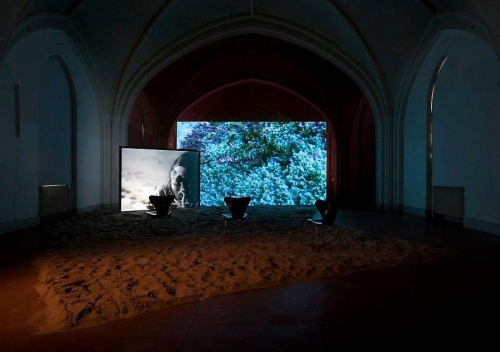 The artists Mauricio Dias (f. 1964 Brasil) and Walter Riedweg (f. 1955, Switzerland) often work with large video installations, typically containing both documentary and performance-based elements. Since 1993 the duo has focused on interdisciplinary art projects in dialogue with people out of the ordinary - from doormen in Sao Paulo to immigrants in Paris.

The exhibition in Nikolaj Kunsthal is a new production, Corpo Santo, where the artists have worked with psychiatric patients from a hospital in Rio de Janeiro on interpretations or re-enactments of the paintings from the collection of Prinzhorn Museum. A museum that houses one of the world's largest art collections produced by psychiatric patients.