Mariano Dal Verme, a native of Buenos Aires, first studied art at the Escuela Nacional de Bellas Artes Prilidiano Pueyrredón in the mid-1990s. During this time he participated in many artist collectives, and in 1998, he co-founded Kunstwerks, a company which created reproducible art and everyday objects. Since the early 2000s, Dal Verme has explored different methods of drawing and resisting the conventions of drawing. In an untitled series from 2003, for example, he works directly against his training as a preparator by encouraging the destructive effects that UV rays can have on paper to produce burnt outlines of found objects.

His explorations of drawing have since evolved into three-dimensional works. In these, he manipulates the distance between the paper and the graphite to playfully engage with the viewer’s perception. Mariano Dal Verme lives and works in Buenos Aires.

The Museum of Fine Arts, Houston

The Diane and Bruce Halle Collection 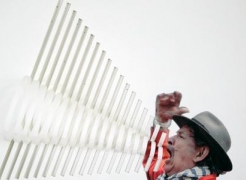 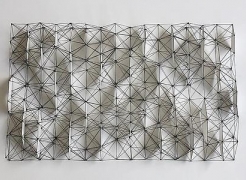