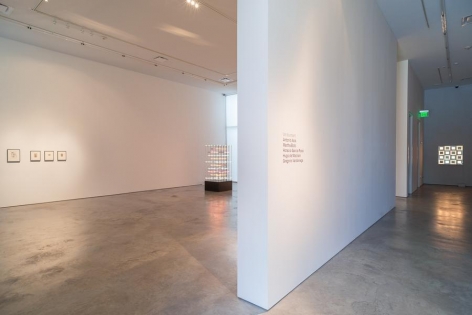 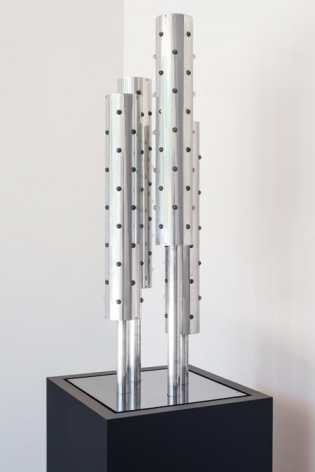 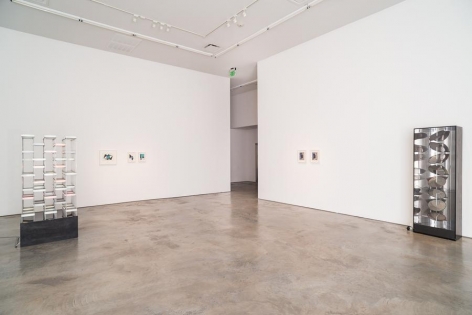 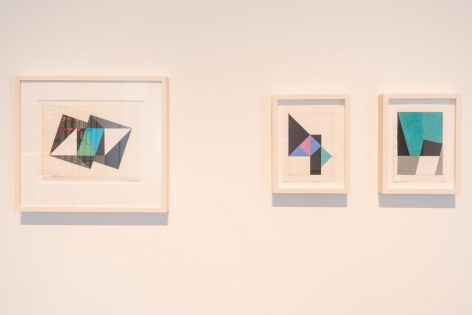 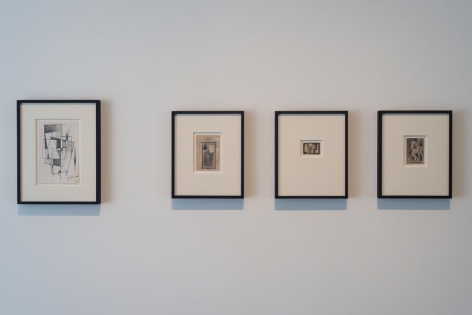 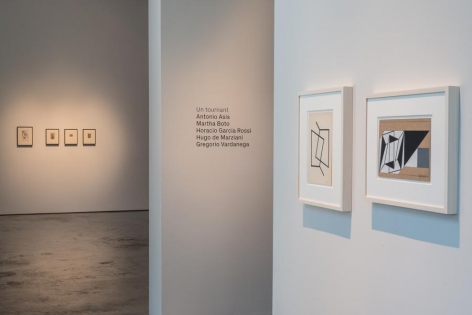 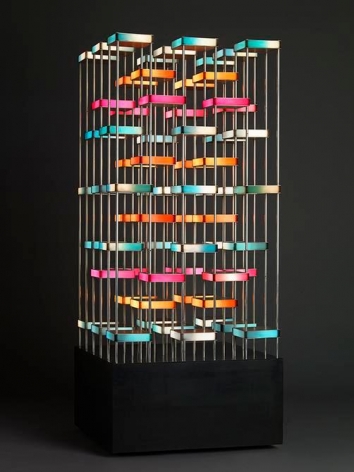 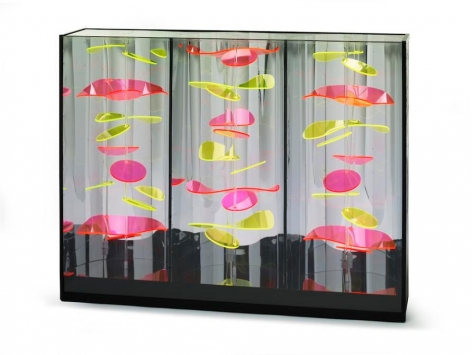 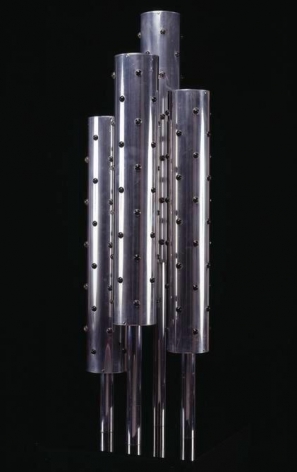 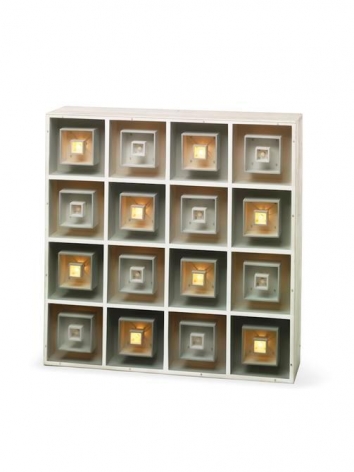 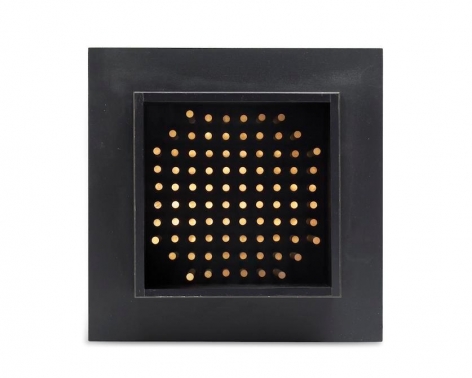 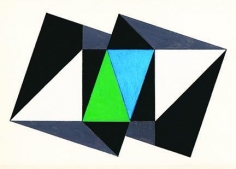 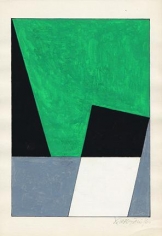 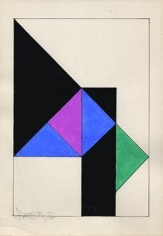 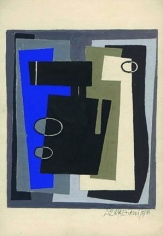 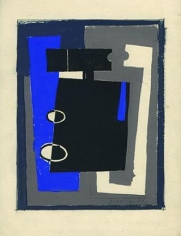 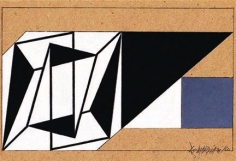 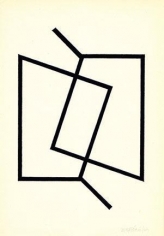 Sicardi Gallery is pleased to announce the opening of Un tournant, with a reception from 6-8 pm, Tuesday, July 14. The exhibition pairs sculptures by Martha Boto, Horacio Garcia Rossi, and Gregorio Vardanega, with a rare selection of works on paper from the 1950s and 1960s by Antonio Asis and Hugo De Marziani.

Featuring works by artists from Argentina, many of whom were based in Paris from the 1950s on, Un tournant takes the physical movement of rotation as a metaphor for the visual and social revolutions that were underway during the decades of the 1960s and 1970s. As artists engaged more and more with the implications of machines, the space race, and the effects of space and time upon the art object, the undercurrent of social revolution was simultaneously bubbling just under the surface.

In many ways, the kinetic sculptures by Boto, Garcia Rossi, and Vardanega offered a light-hearted expression of optimism about the future, and a turn away from the aesthetic precepts of the past. With their flashing lights, changing colors, and rotating colors, the sculptures employed new technologies and materials.  They used light and movement in ways that were previously impossible, and they did so in dialogue with the revolutions happening in music, industry, transportation, film, and celebrity culture. It is no coincidence that works by Vardanega and Boto served as the backdrop for the Serge Gainsbourg / Brigitte Bardot song and short film “Contact,” in 1968. These sculptures were uniquely of their time and place: Paris in the 1960s, 1970s, and 1980s.

Alongside the sculptures, two series of drawings indicate the breadth of this French-Argentine community’s explorations into abstraction and geometry. This rare selection of Antonio Asis drawings is collected from his sketchbooks from the years 1954-1960. Many of the drawings Asis made during this time—which was also the period of his transition from Buenos Aires to Paris—are on found pieces of paper. Calendars, receipts, and recycled magazine pages provided an affordable working surface for the artist as he settled in Paris. Spanning the years 1958 to 1963, the suite of drawings by Hugo De Marziani engage playfully with the illusion of three-dimensionality on a two-dimensional surface. De Marziani’s overlapping squares and triangles float over and under each other, suggesting spatial relationships that are constantly in flux.

Seen in conversation, these sculptures and works on paper illuminate the aesthetic interests and experiments of a specific community of artists at an important historical juncture. Movement and change became the central components of the works because they were also central components of the moment: together, Asis, Boto, De Marziani, Garcia Rossi, and Vardanega suggest a turning point, a divergence, a new direction. 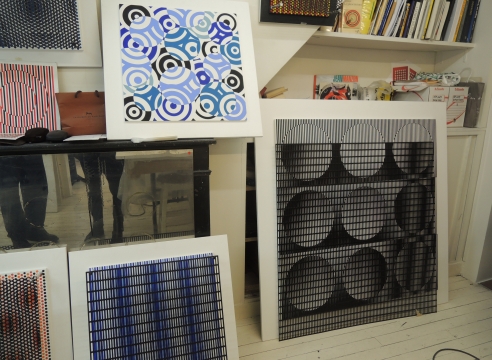 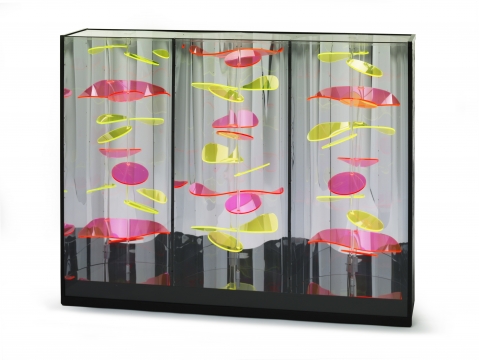 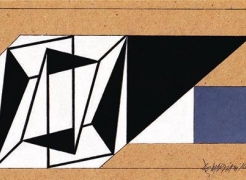 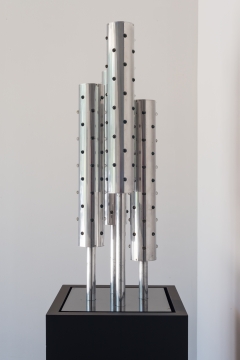 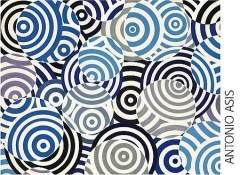 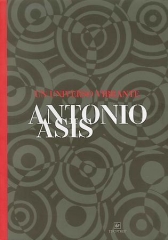 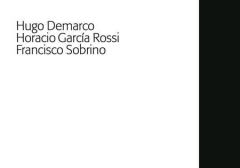 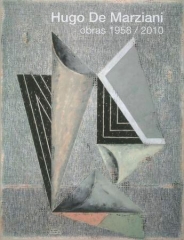 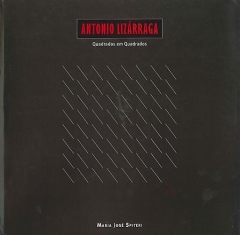