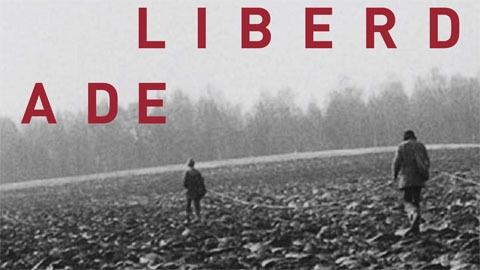 "To the streets!" is the classic cry of the urban revolution, because the street is where people become a public, and where they find their power.

Clarissa Tossin's work will be included in a group exhibition at The Fundação Iberê Camargo, opening May 29 and on view through August 10, 2014.

Liberdade em movimento, curated by art critic Jacopo Crivelli Visconti, addresses the role of walking in contemporary artistic practice, and considers the relationship between the action and the record of it. The exhibition will also include works by Joseph Beuys, Francis Alÿs, Richard Long, Dennis Oppenheim, Lygia Clark, Artur Barrio and Cildo Meireles, among others. The curator writes, "The conflict between the uniqueness and transience of action and the record that, although incomplete, is what remains of it and shall be known by the public is undoubtedly one of the most fascinating and undeniable idiosyncrasies of the scope of the movement. Any report or record of an action is by its very nature partial since it condenses something much bigger: an action with a certain duration in time and extension in space, a development, an accumulation of experiences."