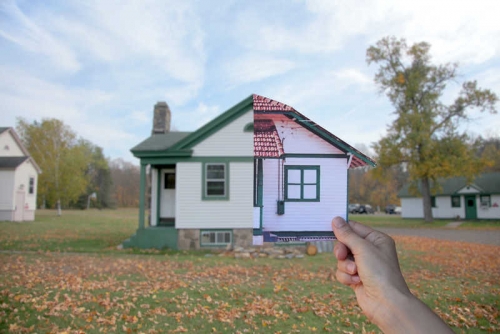 Sicardi Gallery is pleased to announce that Clarissa Tossin's work will be featured in The Hammer Museum at UCLA's biennial exhibition Made in L.A. 2014.

The exhibition features works by 35 Los Angeles artists with an emphasis on emerging and under recognized artists. It debuts recent work and new painting, installation, video, sculpture, photography, and performances created specifically for the exhibition. The exhibition is organized by the Hammer chief curator Connie Butler and independent curator Michael Ned Holte. The exhibition will be accompanied by a comprehensive hardcover catalogue, as well as a full roster of free public programming.

Tossin’s project in Made in L.A. is the culmination of a multiyear inquiry connecting Brasília and Los Angeles. Brasília was an entirely new city designed by urban planner Lúcio Costa and architect Oscar Niemeyer to be the country’s new capital. Built between 1957 and 1960, the modernist scheme was meant to highlight the long-awaited move of the governing city to a more central location and the promise of continued economic growth and cultural progress. Tossin’s multimedia installation Brasília, Cars, Pools & Other Modernities (2009–13) finds parallels between her native and resident cities embedded in the objects and ideas of her project’s title. Through videos, sculptures, photographs, and ephemera, Tossin compares and contrasts shared architectural and urban ideals of the modern era while recalling the utopic and dystopic roles both these cities hold in the global imagination.