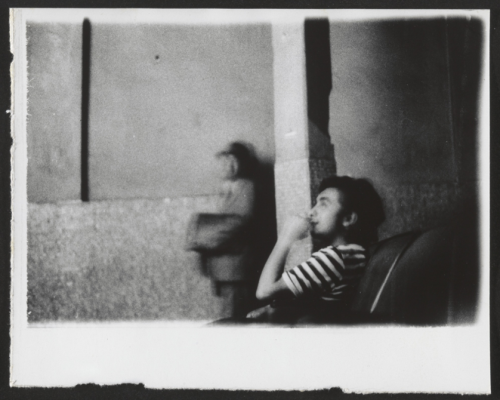 Transmissions: Art in Eastern Europe and Latin America, 1960–1980 focuses on the parallels and connections among an international scene of artists working in—and in reference to—Latin America and Eastern Europe during the 1960s and 1970s. The radical experimentation, expansion, and dissemination of ideas that marked the cultural production of these decades (which flanked the widespread student protests of 1968) challenge established art-historical narratives in the West. Artists from Prague to Mexico City developed alternative and ever-expanding networks of distribution and organization, via Paris, Vienna, and Venice, to circumvent the borders established after World War II, local forms of state and military repression, and Western accounts of artistic mastery and individualism. One major transformation across Latin American and Eastern European art scenes was the embrace of institutional critique and an emphasis on the creation of art outside a market context.

The exhibition brings together landmark works from MoMA’s collection by Eastern European artists including Geta Brặtescu, Tomislav Gotovac, Ion Grigorescu, Sanja Iveković, Dóra Maurer, and the anti-art collectives Gorgona, OHO, Aktual, and Fluxus East, as well as Latin American artists such as Beatriz González, Antonio Dias, Lea Lublin, and Ana Mendieta. Particular attention is paid to the group of Argentine artists clustered around the influential Instituto Torcuato Di Tella, including Oscar Bony, David Lamelas, and Marta Minujín, who confronted the aesthetic and political implications of mass media communication—including film, television, and the telex—during a vibrant, experimental period of technological innovation and political tension. Many of the recent acquisitions in the exhibition grew out of research initiated through C-MAP (Contemporary and Modern Art Perspectives), MoMA's cross-departmental initiative aimed at expanding curatorial expertise in a global context through the exchange of knowledge and ideas with scholars, artists, cultural historians, and other experts throughout Latin America, Central and Eastern Europe, and Asia.

Featuring series of works and major installations, several of which are on view for the first time, Transmissions: Art in Eastern Europe and Latin America, 1960–1980 highlights multiple points of contact, often initiated and sustained through collective actions and personal exchanges between artists. The exhibition suggests possible counter-geographies, realignments, alternative models of solidarity, and new ways of thinking about art produced internationally in relation to the frameworks dictated by the Cold War.