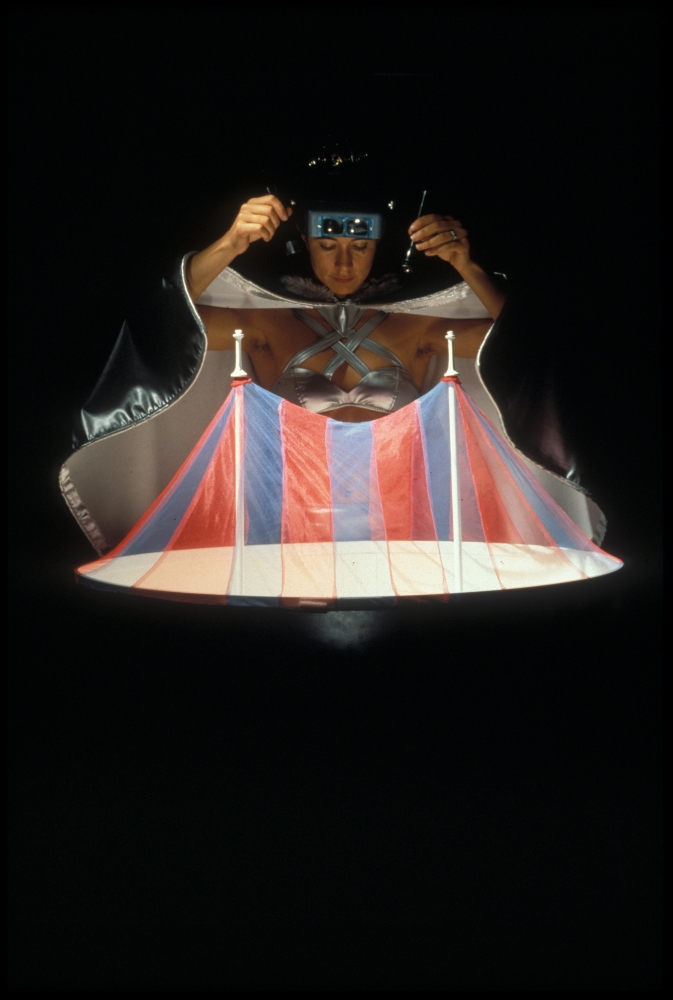 ANOTHER SPACE is pleased to announce the exhibition Pan y Circo: Appease, Distract, Disrupt, taking its title from the popular Spanish expression used to describe populist governments’ use of giveaways and entertainment to distract the public’s attention. Originally attributed to the Roman poet Juvenal, ‘Panem et circenses,’ referred to Ancient Rome’s use of free wheat and costly circus games to appease the populace as the Empire collapsed. The show will examine the work of international artists from the late 19th century to the present and their fascination with the world of circus performers and other forms of spectacle, most often as a tool for political and social critique. Other artists in the exhibition focus on food and hunger as a reflection of facile and failed economic policies. Scheduled to open on Thursday, September 12, the exhibition will remain on view through January 2020.

From Diane Arbus, Bruce Davidson, Héctor García and Paz Errázuriz’ poignant portraits of life on the road in the 1950s-80s to Andres Serrano, Cindy Sherman or Bruce Nauman’s images of unnerving clowns, the circus is often just a lens to reflect on social anxieties and poverty of those attending as well as those participating. Anna Maria Maiolino, Victor Grippo, Miralda, Laure Prouvost and Anna Bella Geiger reflect on food and hunger as powerful symbols of hope and despair. In many ways, the objects seem to de-stabilize power structures and embody the most absurd yet the most poetic of mixed emotions, simultaneously conflicting reactions of attraction and repulsion towards frightening and mundane absurdity.

A human cannonball flying over the US-Mexico border in Javier Téllez’s notorious 2005 video One flew over the void (Bala Perdida), offers a prescient take on the current administration’s use of the southern wall as a political circus. Coinciding with one of the most spectacular presidential campaigns in U.S. history, the exhibition ultimately aims to reflect on the increasing role of spectacle and entertainment as economic motivators and an integral part of the U.S. political arena.