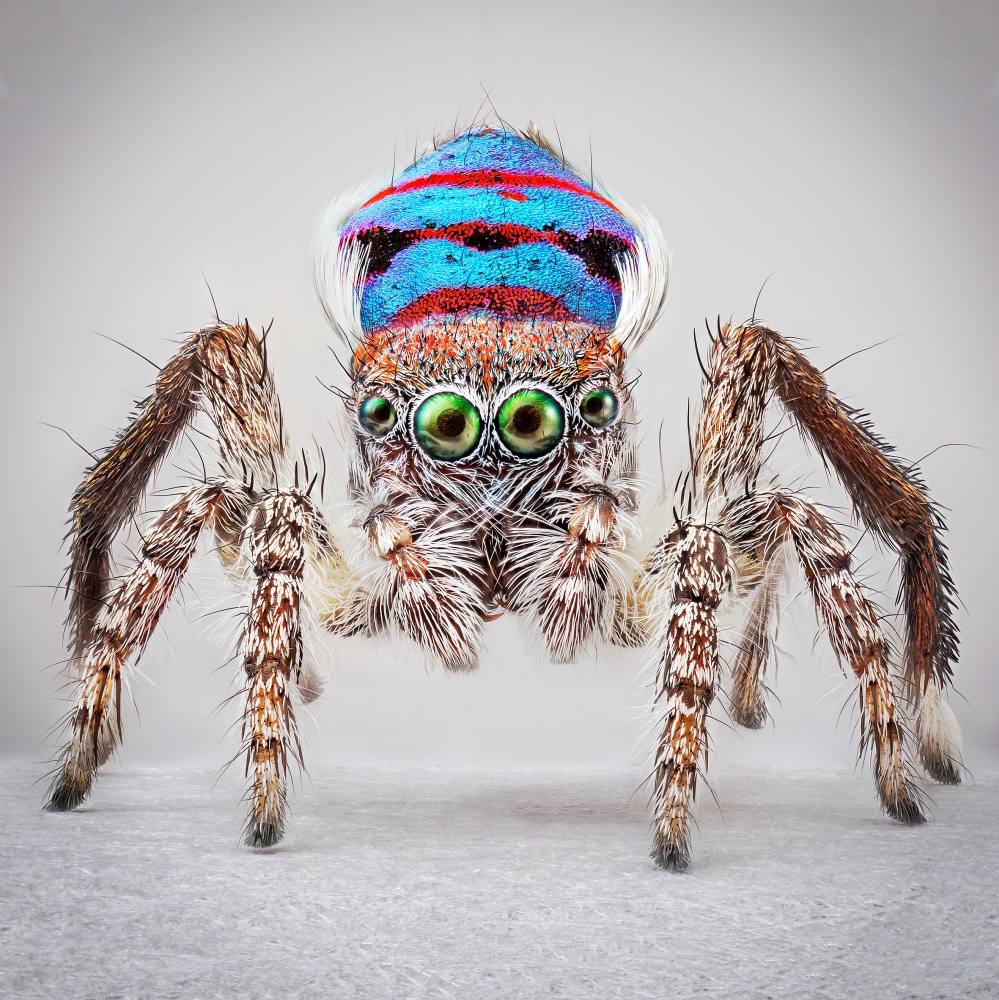 Here are the highlights to search out at the fair this year.

Oh, Armory Show. So far away, such lines, the bitter cold wind ripping in from the river, the constant drama… but it’s always more fun than you expect, sales are a-poppin’, and, hey, you get to catch up with old business-mixed-with-after-party-pleasure acquaintances you haven’t seen since the last art fair, what, a week and a half prior? This year, the added incentive for going to the piers was to support the fair’s director, Nicole Berry, who somehow managed to deal with two crises in two years—one that lifted her to her job, and one that greeted her when she got there—with elan, grace, and steely determination. Around the fair, even at poor, displaced Pier 90, the consensus was that Berry did a great job with the hand she was dealt. Anyway, here are some highlights from the fair.

By now, we all know that plastic bags are terrible for the environment. They take up to 1,000 years to decompose, seep chemicals into the soil, and kill a horrifying amount of sea life. Right now, state legislatures in both Washington and Rhode Island are in the advanced stages of banning single-use plastic bags. But they are also universal, used in communities around the world to buy, sell, carry, keep, and share goods. And in the right light, they can even be strangely mesmerizing, like in that scene from American Beauty: “There’s so much beauty in the world.”

These muddled and contradictory qualities are the reason the Ghent-based Cameroonian artist Pascale Marthine Tayou chose to create his show-stopping sculpture for the fair’s Platform section, curated by Sally Tallant. A 21-foot-tall suspended agglomeration of some 25,000 multicolored plastic bags that the artist acquired for the piece, it is sure to be one of the most-photographed artworks in the fair. Tayou, a veteran of both the Venice Biennale and documenta, certainly has a knack for the sensational—something always in high demand. The Albright-Knox Art Gallery in Buffalo, for instance, recently bought an enormous version of one of his “Chalk Fresco” works (at the time of the sale it was listed at $290,000); some other chalk works are also available at Richard Taittinger’s booth at the fair.

The 29-year-old artist Naudline Pierre grew up in a spiritual world, surrounded by the biblical parables woven by her father, an ordained minister who immigrated to the United States from Haiti and now runs a church in Miami’s Little Haiti. Pierre taps that same spirituality in her paintings, but shifts it away from Christianity toward something more primal and voodoo-inflected, endowing herself with occult power. She paints spectral self-portraits of what she calls her “shadow self”—always central on the canvas, usually naked, and always suffused with a rich monochrome color—surrounded by divine “presences” that place their hands on her body, transferring their holy essences to her through touch.

Mysterious and transporting, Pierre’s paintings are also steeped in art history, from Renaissance devotional art (as can be felt through this triptych) to the more speculative paintings of artists like William Blake and Odilon Redon. Whether or not her work has had its intended effect on the spiritual realm, it certainly has drawn the interest of powerful “presences” in the contemporary art world, where her supporters include Thelma Golden, Naomi Beckwith, Franklin Sirmans (who previously acquired two of her artworks for Miami’s Pérez Art Museum), and Swizz Beatz, who bought this painting in advance of the fair for his highly influential Dean Collection.

P.P.O.W. has a long track record of discovering extraordinary New York artists hiding in plain sight—just look at what the gallery did with Martin Wong—and it seems they’re at it again with Anton van Dalen, whose life story is as gripping as his lapel-grabbing art. Born in The Hague in 1927, he grew up amid the early rumblings of World War II, taking solace from the devastation he witnessed by tending to pigeons before emigrating to Toronto with his family at the age of 12. Later, he moved to New York, getting a job as a graphic designer but also working as Saul Steinberg’s assistant and idea-bouncer-off-er for 30 years—“a relationship he kept secret until Steinberg’s death in 1999,” as gallery materials mysteriously put it. Meanwhile, he became a fixture of the East Village, living in a brownstone by Tompkins Square Park that has “Peace” scrawled across its façade and a painted house on its roof where he continues to tend pigeons, making him one of the few remaining pigeon fanciers in downtown New York.

All this time, he was also making art, fusing his wartime experience with what he saw unfolding in his rough-and-tumble neighborhood of Alphabet City, where, during the 1980s drug epidemic, Avenue A stood for “adventure,” B for “brave,” C for “crazy,” and D for “dead.” This large painting—with its colossal tank, screaming fighter jet, exploding building, and burning man, all against the backdrop of the Manhattan Bridge—displays the kind of urban Sturm und Drang he imagined around him.

Now 91, van Dalen is about to have his second solo show at P.P.O.W., which will feature two of Saul Steinberg’s studio tables he inherited amid an array of artworks and, on a loop, the teaser for a new documentary being made about him, his pigeons, and his chaotic visions.

Who knew that spiders were so ravishingly beautiful? Well, evidently the photographer María Fernanda Cardoso, who first learned the finer points of beauty in Yale’s MFA program and then got to know spiders through her PhD in biology from Sydney University. (She’s an expert in the genitalia of male insects, a subject she explored in her 2012 Museum of Copulatory Organs, a real-life display of—well, just what it sounds like.)

Born in Colombia and based in Australia, she drew on that feral continent’s extreme biodiversity for her latest “Spider of Paradise” series, using deep-focus microscopy to photograph peacock jumping spiders in a way that faithfully captured their exotic loveliness, from their flamboyant crowns to their glistening emerald eyes to the snow-white hairs of their cephalothorax. (For comparison’s sake, the artist includes a life-sized image of the spider on the top right of the print.) Tate Modern owns a complete collection of one of Cardoso’s previous spider series, together with one of her videos, but two editions of this print remain for the lucky arachnophile.

When it comes to flickering LED artworks, Leo Villareal’s celestial corridormight be getting the lion’s share of attention at the fair this year, but don’t overlook this Instagram-friendly beaut by Jim Campbell at Bryce Wolkowitz’s stand. A cascade of lights that crescents over the viewer like a breaking wave, the installation features the ghostly figures of swimmers who seem to dive in and glide around as you stand there, a distinctly oneiric experience. Campbell, an MIT engineer who decided to commit himself to art, is known in certain circles in New York—a piece of his is in the current Whitney show “Programmed: Rules, Codes, and Choreographies in Art, 1965–2018,” for instance—but he’s much, much better known in San Francisco, where his permanent 130-foot LED installation on Salesforce Tower is said to be the “most visible public artwork in the West.”

For a while, the Los Angeles painter Becky Kolsrud was known for creating terrifically catchy portraits of people behind chain-link fences that merged abstraction (the grid) with figuration (the people). But then something happened that threw her for a loop: she was inspired by a Balthus painting of a lady bathing, so she tried to make one herself, sold it to a collector—and then the collector was robbed, and the painting lost. Saddened, Kolsrud tried to recreate it, and did so again and again. Now, it has become her new ongoing body of work. It’s irresistible, too—the equivalent of a visual earworm, with each canvas continuing her interest in formal dualities (the water is translucent, yet appears as solid blue in her work), abstract portraiture (each figure is purely imaginary), and surrealism (the works resemble less fussy Magrittes). As usual for the artist, the works are selling at a quick clip, and only four were left at the end of the vernissage—partially because one noted collector bought five in one swoop.